On October 23rd 2018 the Ski World Cup arrived in Paestum! An event that was strongly desired by Convergenze S.p.A., main sponsor.
Following the yearly tradition, this year also the 3Tre Committee, organizer of the FIS Ski World Cup in Madonna di Campiglio, is touring around Italy and taking part in numerous events in order to meet the fans and the media, and to present the 65th edition of the most prestigious classics of Italian Alpine skiing.
On 23rd October the Archaeological Park of Paestum was the stunning setting for the event that established a twinning between Madonna di Campiglio and Capaccio-Paestum, thoroughly supported by Convergenze and its President and CEO Rosario Pingaro.
Some well-known local personalities attended the event, together with the guest of honor Mr Michelangelo Rampulla, coach and former Juventus goalkeeper, who is presently training the goalkeepers of the Chinese national soccer team.

On October 23rd, skiing met innovation at the Convergenze Innovation Center and the whole Convergenze team is grateful for this wonderful opportunity.
 Photo
Loading... 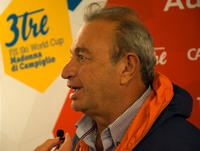 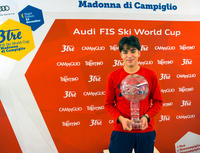